Please note that an hourly instance is billed per hour, regardless of when the instance is created. If you would like to have 60 minutes of usage for one hour of billing, you will need to launch your instance at the hour mark, for example at 1:00 or 2:00 pm.

To view the bills for a project, open your Public Cloud project in the OVHcloud Control Panel, then click on Billing Control and open the tab History. 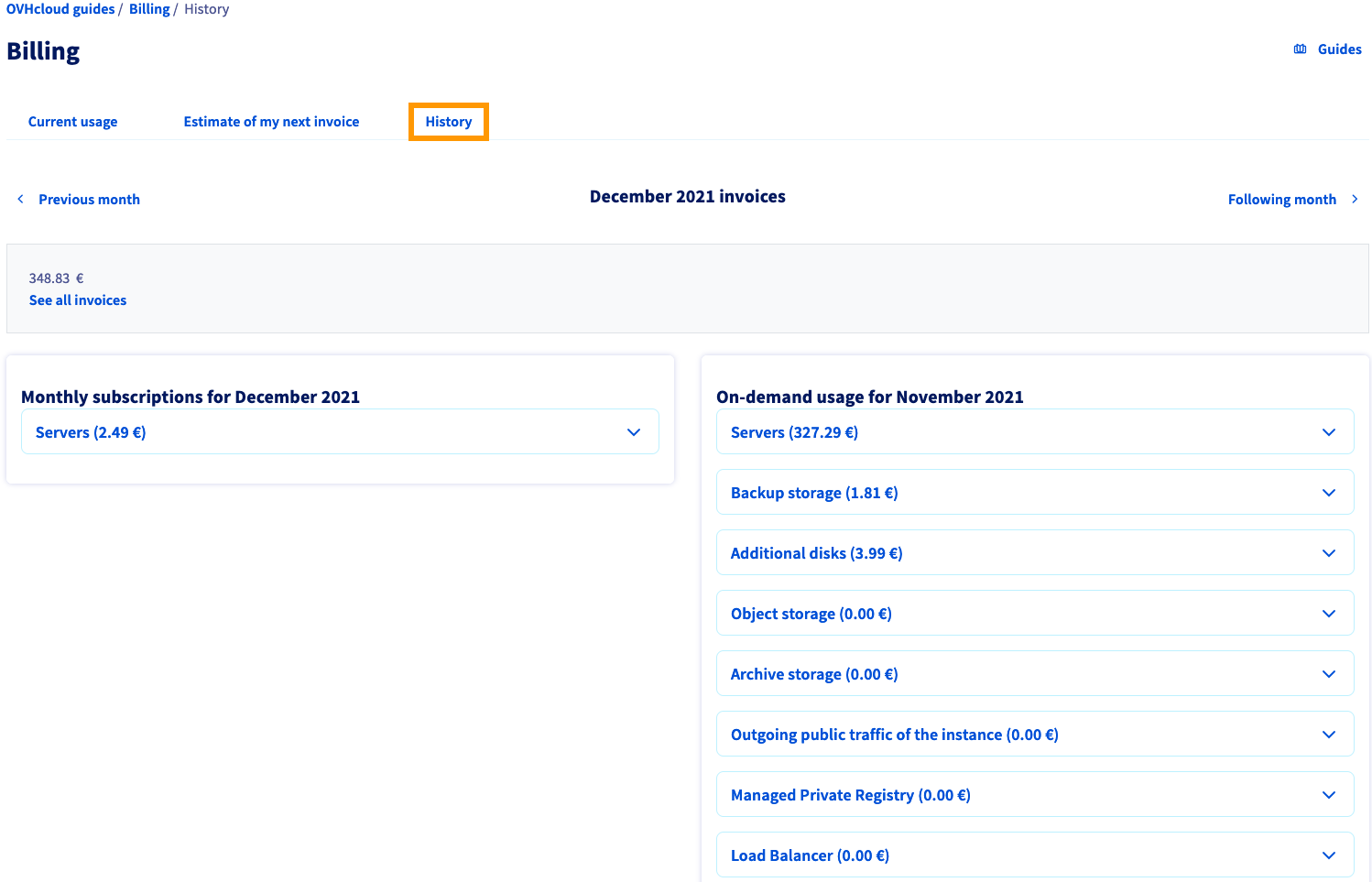 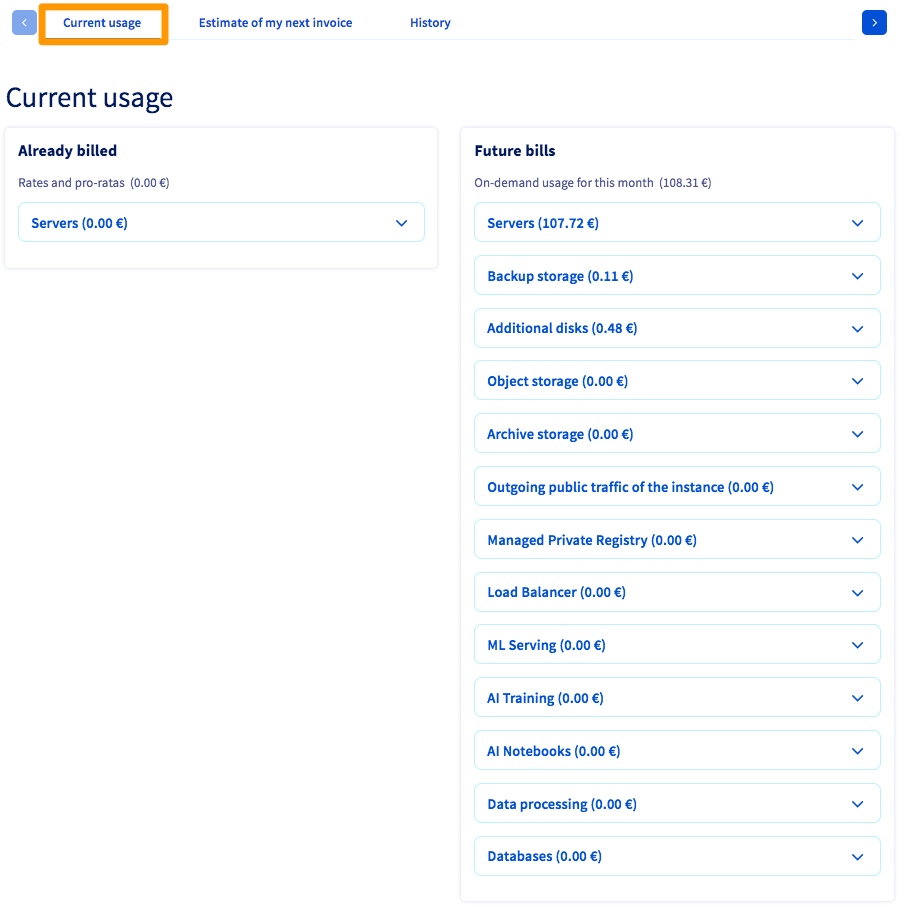